Tehran, 02 June_UN Secretary General Antonio Guterres has urged restraint by US authorities toward protesters and called for probe into allegations of police violence, his spokesperson said Monday. 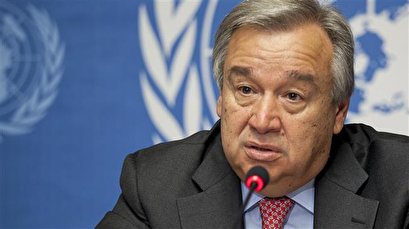 Protests should remain peaceful, while "authorities must show restraint in responding to demonstrators in US as in any other country in the world," Guterres believes, according to spokesman Stephane Dujarric.

"We have seen over the last few days cases of police violence," Dujarric told reporters at the United Nations in New York, where protests have been held every night since Wednesday over the death of an African American, George Floyd, in police hands last week in Minneapolis.

"All cases obviously need to be investigated. Police forces around the world need to have adequate human rights training," he told reporters.

Floyd's death on May 25 in Minneapolis has reignited protests across the US that have flared repeatedly in recent years over police killings of black Americans.

Dujarric said that Gutteres is also concerned about police attacks on journalists during the protests which have hit dozens of US cities, in many cases turning violent and resulting in arson and looting.

"When journalists are attacked, societies are attacked. No democracy can function without press freedom," he said.

In recent days, many journalists have had tense encounters with the police during the nationwide demonstrations against racism and police brutality.