Monday, 15 June_The black community in the US lives in perpetual fear of trigger-happy officers, who as a matter of course avoid responsibility for misconduct, activists say, and insist that real change can only be brought by action, not words and retweets. 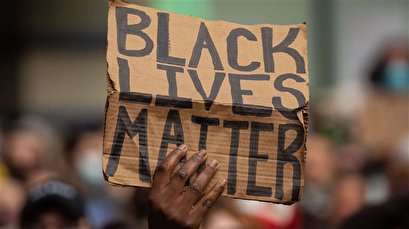 “We keep hearing about how difficult the jobs of the officers are, but we don’t hear enough about how scared black people are right now... What’s getting lost in all this is the fact people are hurting right now,” community advocate Dontaye Carter told RT on Monday.

Another activist, Ife Folami, accused Atlanta police of failing to “defuse” the situation which spiraled out of control and led to the shooting of Rayshard Brooks, 27, on Friday night.

Multiple videos provide a timeline of events which led to the death of Rayshard Brooks, beginning with the officers questioning him in a Wendy’s parking lot, and ending with fatal gunshots as he tried to flee after grabbing an officer’s taser.

People are scared to death of the police. I don’t have to know him to know that he feared for his life. He feared dying at the hands of police. And, unfortunately, that is what happened.

Public consternation over US police brutality is compounded by frustration, because the “change is taking too long to come,” Folami said. Carter also believes that the situation will not improve “until they start talking about the root issues, and not just talking... but implementing change.”

The raging debate over the limits of police use of deadly force in the US, as well as its ramifications, has been reignited following the latest incident.

Atlanta officer Garrett Rolfe was promptly fired, while his partner, Devin Bronsan, was placed on administrative leave pending an investigation. Police Chief Erika Shields resigned, saying that it is time to build trust between police and the community.

Attorney and vice president of Atlanta’s chapter of NAACP, Gerald Griggs, who insists that “you cannot use lethal force in a response to non-lethal force,” expressed confidence that Rolfe and Bronsan will be charged with murder.