Tehran 3 July_A round of intensified Brexit talks ended on Thursday between the UK and the European Union with both sides warning of big remaining differences but committing to more negotiations next week in London. 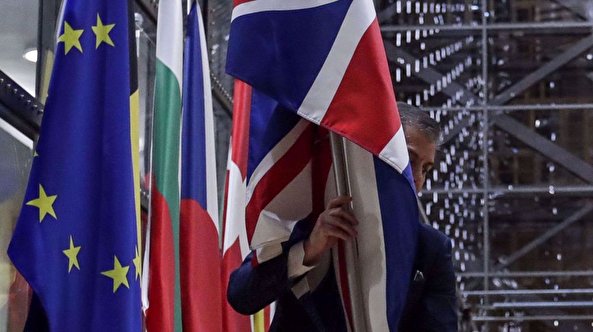 The four days of meetings in Brussels were the first held face-to-face since the coronavirus shutdown, with hopes high that progress would be made, but they broke up one day early.

"Our goal was to get negotiations successfully and quickly on a trajectory to reach an agreement," EU chief negotiator Michel Barnier said in a statement.

"However, after four days of discussions, serious divergences remain," he added.

More hopefully, the former French minister added, "We continue to believe that an agreement is possible and in everyone's interest."

But Frost added, "We remain committed to working hard to find an early understanding on the principles underlying an agreement."

Holding in-person talks "has given extra depth and flexibility to our discussions," he said.

The talks this month are being held in a more limited format than earlier sessions, in hopes that a more personal encounter can deliver a breakthrough.

However, a final one-on-one session between Frost and Barnier set for Friday was cancelled, though, a source said the schedule was never ironclad.

The "expected dynamic did not occur," a European source told AFP.

"At the same time, we are digging into the hard stuff and no longer just summarizing our divergences."

The talks will resume on Monday in London in the same restricted format, with a full session, involving hundreds of negotiators, planned for July 20 in the UK capital.

Britain left the EU on January 30 and a post-Brexit transition period during which it still benefits from de facto EU membership comes to an end on December 31.