Friday, 03 July_Iran's Supreme National Security Council (SNSC) says the "main cause" of a recent incident at the country’s Natanz nuclear facility has been determined and will be announced at an appropriate time. 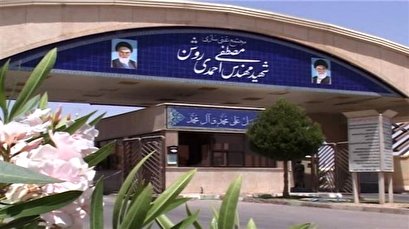 SNSC Spokesman Keyvan Khosravi said on Friday that experts from different sectors started investigating "different hypotheses" about the incident at the Natanz site in central Iran immediately after its occurrence, and have determined its main cause.

"Due to some security considerations, the cause and manner of this incident will be announced at a proper time," he added.

He noted that the damage to one of the sheds under construction at the Natanz complex was limited and said investigators did not find any nuclear material at the building.

The Iranian security official emphasized that rumors about radioactive contamination following the incident are completely rejected.

The spokesman for the Atomic Energy Organization of Iran (AEOI), Behrouz Kamalvandi, on Thursday reported an incident at the Natanz nuclear complex but emphasized that there has been no damage to the main uranium enrichment facility.

He said the incident caused no casualties and did not affect the activities at the complex.

Later on Thursday, an informed Iranian security official told Press TV that there was no evidence to show that the incident at the Natanz nuclear facility was an act of sabotage.