Tehran 06 July_Iran’s Armed Forces have developed underground missile cities along the country’s entire southern shores, including the Persian Gulf and the Sea of Oman, says the commander of the Islamic Revolution Guards Corps (IRGC) Navy. 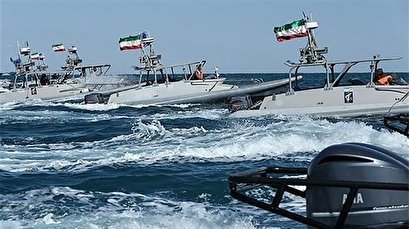 Brigadier General Alireza Tangsiri made the remarks in a detailed interview whose text was published on Sunday, noting that such cities accommodate both naval vessels and missiles.“We [in the Iranian Armed Forces] have underground cities, which house both vessels and missiles,” the commander said, adding, “Our entire shoreline [in southern Iran] is equipped with [various types of] arms.”Tangsiri emphasized, “Our shoreline is equipped with weapons and there is no chanting about it.”

He noted that the IRGC Navy has formed a marine Basij force, which is positioned along a 2,200-km coastline (excluding the Iranian islands), and so far 428 flotillas, including more than 23,000 military personnel, have been organized.

The enemy knows that there are underground cities belonging to the Army and the IRGC along the Persian Gulf and Makran coasts, but it has no accurate information in that regard, he said.

“But another thing I am going to say [to enemies] with certainty is that we are present everywhere in the Persian Gulf and the Sea of Oman and ... in places you cannot even imagine. We are your nightmare,” Tangsiri added.

He emphasized that the IRGC Navy has full information command in the Persian Gulf and is precisely aware of and monitors the location of every ship from its entrance through the Strait of Hormuz to its exit.