Thursday, 09 July_China says its relations with the United states are facing the most serious challenge since their establishment, urging the two countries to send out more “positive energy.” 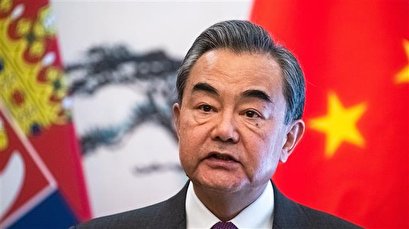 “Current US policy towards China is based on strategic misjudgments which lack a factual basis,” Chinese Foreign Minister Wang Yi said at a forum on China-US relations via videolink on Thursday.

Wang said some people in the US viewed China as an “opponent” or even an “enemy” out of ideological prejudice, adding that those individuals were trying every means to suppress China’s development and obstruct the relationship between the two countries.

“China cannot and will not become another America,” he said, stressing that Beijing maintained a high degree of stability and continuity in its policy toward Washington.

Wang said the United States and China should jointly explore ways for peaceful coexistence rather than challenge each other.

He expressed hope that the US would build a more objective and calm understanding of China and formulate a more rational and pragmatic China policy.

Wang said US-China relations needed a “more positive message,” stressing that the development of ties between the two not only concerned the interests of the Chinese and American people, but also mattered greatly to the future of the world and humankind.

He also said trying more dialog, separating out different issues, and setting to one side the areas of the greatest disagreement would help put bilateral relations on the right track.