Thursday, 09 July_An American Muslim woman says she “felt humiliated” after receiving a Starbucks coffee cup with the name of the Takfiri terrorist group “ISIS” (Daesh) written on it. 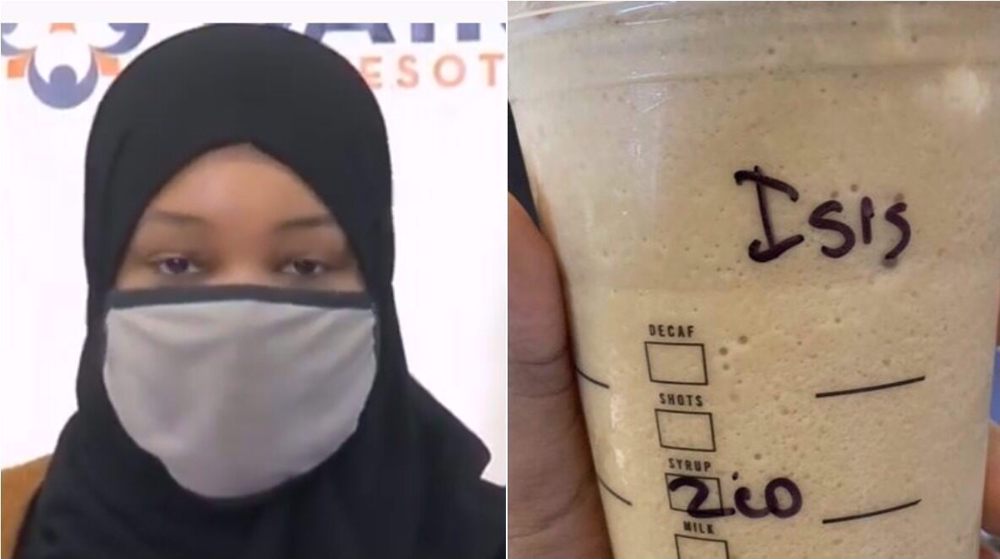 The woman identified by CNN only as Aishah said a Starbucks employee wrote the word on her coffee cup after she ordered the drink from a store in a Target in St. Paul, Minnesota, according to a report.

She said when she went to tell the employee her name, the barista scribbled something on the side of the cup before she could finish, the report added.

The employee then handed her the drink, which had the word “ISIS” written on it in black marker.

“The moment I saw it, I was overwhelmed with a lot of emotions,” Aishah told the network.

“I felt belittled and so humiliated. This is a word that shatters the Muslim reputation all over the world. I cannot believe that in this day and age, something like this can be considered acceptable. It isn’t OK,” she added.

The state’s Council on American-Islamic Relations (CAIR) is now demanding that all staff involved in the incident be fired from the store.

A spokesperson for Target, which operates the Starbucks store, told CNN the labeling was “an unfortunate mistake.”

“We have investigated the matter and believe that it was not a deliberate act but an unfortunate mistake that could have been avoided with more clarification. We’re taking appropriate actions with the team member, including additional training, to ensure this does not occur again,” they said in a statement.

Nineteen-year-old Aishah, who wears a hijab, a headscarf worn by Muslim women, has filed a discrimination charge against Target after the July 1 incident.

Jaylani Hussein, executive director of CAIR-MN, said labeling someone who is Muslim as "ISIS" is "perhaps the most Islamophobic statement you can make towards a Muslim."

The number of Islamophobic incidents in the United States has spiked following the election of President Donald Trump, according to the CAIR.