Thursday, 09 July_A former MI6 officer who grabbed headlines after he compiled a dossier on US President Donald Trump’s alleged links to Russia has now moved onto a new and potentially more lucrative target. 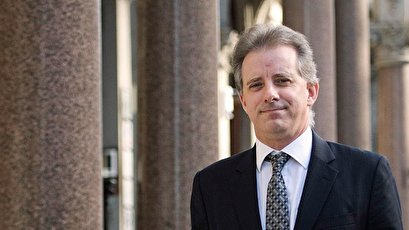 Christopher Steele is largely discredited as significant chunks of his so-called Trump dossier have proven to be either inaccurate or downright fabrications.

Steele, who set himself up in the private intelligence world after he left MI6 in 2009, is now eyeing China – and more specifically China’s role in the UK - as a potentially lucrative business opportunity.

Steele was head of the Russia desk at MI6 headquarters between 2006 and 2009 and co-founded Orbis Business Intelligence (a London-based private intelligence firm) the same year he left the Secret Intelligence Service (better known as MI6).

In view of the deterioration of Sino-British relations, Steele appears to have identified an exceptional business opportunity.

According to Sky News, Steele has produced a new dossier in which he outlines the methods by which China is seeking to influence “elite figures” in British politics, business and academia.

Steele’s new dossier has reportedly been commissioned by Scottish-American film producer and self-described human rights activist Andrew Duncan, who has reportedly paid the former spy “tens of thousands of dollars” for the report.

The 86-page dossier – entitled “China’s Elite Capture” – appears to make banal and all too predictable accusations against China.

The contents, which have not been made public, have reportedly been shown to a small number of MPs and media organizations, notably Sky News.

According to Sky News, Steele claims that China is seeking to establish a “presence” in critical UK infrastructure, notably nuclear power and telecommunications.

Furthermore, according to Steele, China seeks to “influence” the UK “to support Chinese policies globally, weakening the transatlantic alliance”.

Steele’s China dossier comes on the heels of rapidly deteriorating Sino-British relations, with the UK offering millions of Hong Kong residents a path to British citizenship presumably to encourage a mass exodus from the special Chinese territory.