Monday, 13 July 2020_Poland's incumbent president Andrzej Duda was slightly ahead in Sunday's (July 12) presidential election, a late poll showed, a narrow victory which if confirmed would allow the ruling nationalists to deepen their conservative reforms. 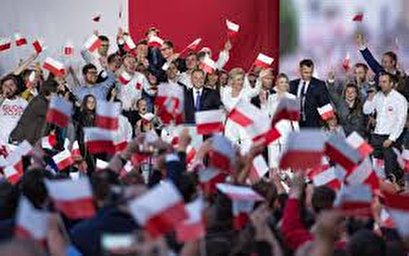 The late poll which combines exit poll data with partial official results showed Duda, an ally of the ruling nationalists Law and Justice (PiS), winning 50.8% of the vote and liberal Warsaw Mayor Rafal Trzaskowski, the candidate of the largest opposition party, the centrist Civic Platform (PO), coming second with 49.2%.

Trzaskowski addressing his supporters in a park just outside Warsaw's historic Old Town said he was confident that the final vote count will show how serious a challenge the opposition is to the ruling party.

Observers say his defeat could undermine the fragile parliamentary majority that supports the PiS government, raising the specter of political instability as Poland is coping with the economic fallout from the coronavirus pandemic.