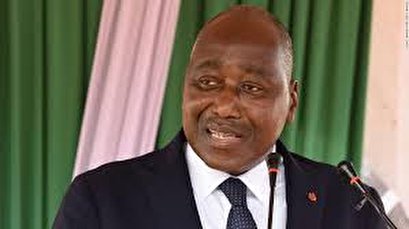 The ceremony, attended by Ivory Coast's political elite and family members, was marked by tributes from political figures and military honors.

The 61-year-old had heart surgery eight years ago, and died last Wednesday after returning from cardiac examinations in France.

He was hand-picked by President Alassane Ouattara to run in October's presidential election.

His death has left the ruling party scrambling to find a replacement candidate — a process which analysts say is likely to reveal internal divisions.

Ouattara's party said last week that it may ask the president to rethink his decision not to seek another term.

That was followed on Monday by the announcement that Vice President Daniel Kablan Duncan had resigned for personal reasons, further unsettling the political outlook.

The coming election will test Ivory Coast's stability, where the memory of civil war is still fresh.