Friday, 17 July 2020 _A number of top US scientists have warned President Donald Trump against resuming nuclear weapons tests, saying such tests would increase the risk of a nuclear war. 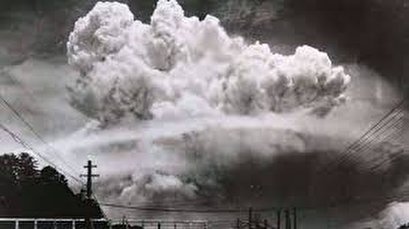 About 70 scientists, including a half-dozen Nobel Prize recipients, wrote a letter, published on the 75th anniversary of the world's first atom bomb test in 1945, questioning the Trump administration's possible plan to end a 28-year moratorium on tests.

Doing so "could increase the danger of another nuclear arms race as well as an inadvertent or intentional nuclear war," they said.

“Following in the long tradition of scientists opposing nuclear weapons due to their harmful effects on both humanity and the planet, we ask the US government to desist from plans to conduct nuclear tests," they added in the letter in the letter published in the journal Science.

This comes after The Washington Post reported in May that the Trump administration had discussed the possibility of conducting a nuclear weapons test to send a warning to two other nuclear powers - Russia and China.

Although there was no agreement about doing such tests, the Post report raised concerns in the community committed to arms and nuclear weapons control.

The scientists in their letter noted that during the post-World War II Cold War with Russia, the United States carried out 1,030 nuclear bomb tests, more than all the tests combined by the world's other nuclear powers.

In 1992, the United States imposed on itself a moratorium on tests and four years later it signed the Comprehensive Test Ban Treaty. However, it has yet to formally ratify the treaty, despite adhering to and promoting its goals.