Saturday, 18 July 2020_Journalist and Commentator Richard Silverstein says the city of Portland in the US state of Oregon has turned into a police state as undercover federal agents are sent in there amid anti-racism protests. 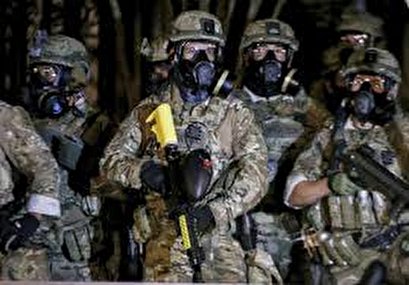 Activists have been protesting against police brutality since George Floyd's killing in police custody on 25 May.

On Friday evening local time, Oregon Attorney General Ellen Rosenblum said that the state justice department was filing a lawsuit against the federal government over the detention of protesters "without probable cause".

"These tactics must stop," Ms Rosenblum said in a statement. "They not only make it impossible for people to assert their First Amendment rights to protest peacefully, they also create a more volatile situation on our streets."

A report from Oregon Public Broadcasting (OPB) contained detailed accounts of witnesses who had seen federal law enforcement officers dressed in camouflage emerge from unmarked vehicles, grab protesters without explanation, and drive off.

The last week has seen a violent escalation between protesters and federal agents, deployed two weeks ago by Mr Trump to quell civil unrest.

Since at least 14 July, OPB reports, federal agents have been jumping out of unmarked vehicles throughout the city, and grabbing protesters seemingly without cause.

Video checked by the broadcaster shows a protester, Mark Pettibone, describe how on 15 July he was "basically tossed" into a van containing armed people in body armour.

Mr Pettibone said he was taken to a holding cell in a federal courthouse, where he was read his arrest rights. After he declined to answer questions, he was released without any citation or arrest record.

According to OPB, federal officers have charged at least 13 people with crimes related to the protests so far.