Monday, 20 July 2020_Iran has awarded a contract to a local company for development of one of its largest oilfields, a sign its oil industry would continue to expand despite US sanctions. 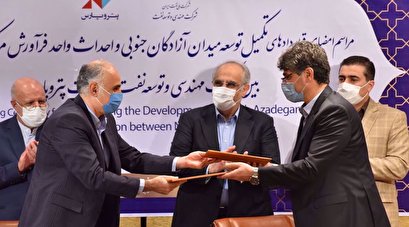 Local media reports showed videos and images related to the signing of the contract for development of South Azadegan oilfield between representatives of the National Iranian Oil Company and Petropars, an local firm which has become increasingly involved in development of the Iranian oil and gas sector in recent years.

South Azadegan, one of Iran’s largest oilfields located in the southwestern Khuzestan province and shared with neighboring Iraq, is believed to have nearly 27 billion barrels of oil in place.

Reports said Petropars has committed to reach a production of 320,000 barrels per day from South Azadegan in 30 months.

Oil Ministry’s news service Shana said the development project would cost $961 million in addition to an investment of 11.83 trillion rials that would be earmarked in local currency.