Monday, 20 July 2020_Hundreds of scientists from the US National Academy of Sciences have rebuked President Donald Trump’s “denigration of scientific expertise” over coronavirus response and other affronts. 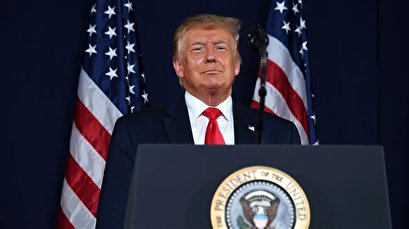 In an unusual move by the scientific community, more than 1,200 members of the National Academy of Sciences signed an open letter on Monday seeking to “restore science-based policy in government,” The Guardian reported on Monday.

Trump has been under fire for publicly downplaying the threat of the pandemic  and his handling of the worsening COVID-19 crisis which has killed more than 143,000 people in the United States and crippled the country’s economy.

Six months after the novel coronavirus reached the US, more than 3.7 million cases have been detected.

Trump has showed himself to be particularly misinformed about the basics of the coronavirus.

Scientists have criticized the Trump administration for downplaying the COVID-19 crisis and ignore expert advice, including the need to wear masks and the dangers of using untested drugs.  Trump has recommended such drugs to the patients.

The Trump administration is even reportedly seeking to block funding for testing and tracing of the coronavirus, which scientists say is critical to slowing the spread of the disease.

On Sunday, Trump described his government’s top infectious disease expert, Anthony Fauci, as a “little bit of an alarmist”.

Charles Manski, the second co-organizer, an economist at Northwestern University, said the scientists do not want policy to be informed by the best possible information.

“It’s one thing for the political establishment not to respond very well to a crisis that happens around the world,” Manski said. “It’s quite another thing to be actively denigrating the science and making things up routinely.”

Trump has recently attacked guidelines for school reopening from the Centers for Disease Control and Prevention (CDC), saying they are expensive and impractical.