Tuesday, 21 July 2020_The Organization of Islamic Cooperation (OIC) has called on the United Nations (UN) and the International Committee of the Red Cross (ICRC) to pressure the Israeli regime into releasing Palestinian inmates with chronic health issues amid the novel coronavirus pandemic in the occupied territories. 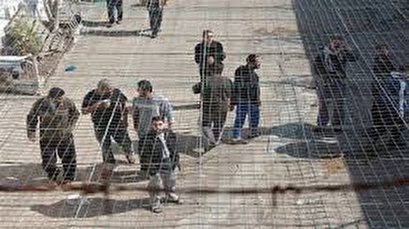 The General Secretariat of the 57-member international organization, in a statement released on Monday, expressed deep concern over the health conditions of Palestinian prisoners in Israeli detention centers, especially after reports revealed that some of them had contracted the potentially deadly respiratory disease.

The OIC then held the Tel Aviv regime “responsible for the lives of thousands of Palestinian prisoners,” stating that Israeli authorities continue arbitrary measures against the detainees and deprive them of their basic rights, including their right to appropriate medical treatment.

The organization urged all concerned international parties, particularly the UN and the ICRC, to compel Israel to free all Palestinian prisoners with chronic health problems, aged inmates, minor and female detainees as well as those being held in Israeli prisons under administrative detention.

Administrative detention is a form of imprisonment without trial or charge that allows Israeli authorities to incarcerate Palestinians for up to six months, which could be extended for an infinite number of times.

The OIC also called on world bodies to ensure that the human rights of all Palestinian prisoners are protected and that no violations are committed against them.