Friday, 24 July 2020 _US President Donald Trump said on Thursday states that are currently coronavirus hot spots may need to delay reopening schools by a “few weeks” but otherwise pushed for students to be able to return to classrooms en masse in the fall. 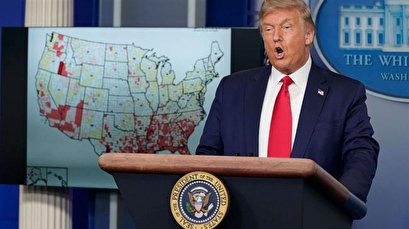 “They have to open,” Trump said of schools nationwide.

The president said it would be up to governors in the badly affected states to decide about school reopenings, and said decisions needed to be based on data.

Schools were shut down across the country after the novel coronavirus emerged and began spreading, and Trump has been determined to find a way to get them open again.

More than 142,000 people have died in the country during the past five months and deaths are still rising in 23 states, according to a Reuters tally.

Trump noted that children were significantly less prone to get sick or die from COVID-19 than adults.

With schools set to resume in a few weeks, local officials across the country have announced a variety of plans to resume teaching.

He said the US Centers for Disease Control and Prevention would issue additional guidelines on how schools can safely reopen.

Trump, a Republican who is seeking re-election in November, has accused Democrats of wanting to keep schools shut for political reasons and threatened to cut off federal funding to schools that do not reopen, despite a surge in coronavirus cases.

Earlier this month, he criticized the original CDC guidelines on schools as too tough, impractical and expensive. The agency charged with protecting Americans’ health then said it would issue additional guidelines.

While the risk of severe COVID-19 is seen as relatively low for children, there is fear they could infect more vulnerable teachers and other adult school administrators.