Several passengers were injured after two US fighter jet have conducted aggressive maneuvering closed to an Iranian airliner. 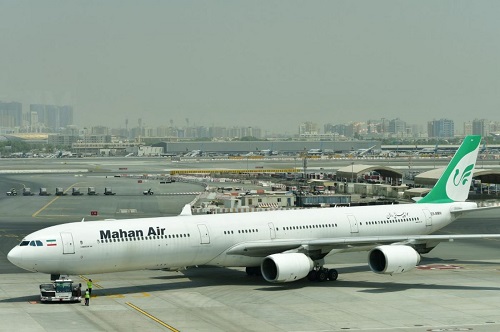 The incident took place on late Thursday night when Mahan Air’s Flight 1152 had taken off from Tehran and was en route to the Lebanese capital.

Western and Israeli media, including Jerusalem Post, gives the responsibility to Israel, but its army denies the reports.

It is noteworthy to mention that in 2018, an accident akin to this happened when Syrian air defenses mistakenly downed a Russian aircraft as Israeli fighter jets hid themselves behind it to use it as their cover. At that time death of 15 Russian servicemen was reported.

Later last night, the captain of Iranian plane declared the pilots of the two fighters have identified themselves as US army pilots through a radio contact.

The reporter from Beirut in a later interview said in this incident three passengers have been wounded just in the initial move.

Subsequently, Mahan Air told FNA that several passengers have been wounded during the incident. Based on this report, those were injured have been taken to a hospital in Beirut and others have evacuated the plane sound and safe.

Iranian Foreign Ministry Spokesman, Abbas Mousavi, said in a statement earlier on Friday that the incident is “under investigation” and “Due political and legal measures will be taken upon completion of the information at hand.”

Moreover, Iran’s Ambassador to the United Nations, Majid Takht Ravanchi had spoken to the world body’s Secretary-General Antonio Guterres and asserted that the Islamic Republic would be holding the United States “responsible” should anything happen to the Iranian airliner on its way back home.

He also pinpointed that "A similar message has been sent to the Swiss ambassador to Tehran,". The Swiss embassy hosts the US interests’ section in Iran in absence of formal diplomatic ties between the two countries.

Share to
Related News
Iranian Judiciary Chief: the only solution to end the US’ evil acts is to banish the Americans from the region
Leader calls for ‘jump in production’ as Iran rings in new year
Iran says is certain no missile hit plane before crash
Iranian scientist imprisoned illegally in US for one year
Iran unveils new smart bombs
Tags
airplane ، fighter jet ، Iranian plane
Your Comment