Friday, 24 July 2020_Fresh anti-racism protests have erupted in the US city of Portland amid growing public outrage over the excessive use of force by federal agents. 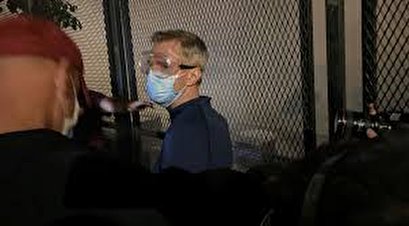 Thousands of Black Lives Matter demonstrators took to the streets of the US city of Portland, Oregon, and gathered outside the central police precinct on Thursday evening as protests continued for the 50th consecutive day.

Local media reports said federal forces fired tear gas to repel protesters in Portland as they tried to break down a fence near the Federal courthouse and police station.

The protesters called for an end to police violence against people of color as public anger has escalated following a much-frowned-upon move by the US Department of the Homeland Security to deploy federal agents to quell the anti-racism demonstrations.

The presence of federal troops, ordered by President Donald Trump, drew widespread backlash from various popular rights groups and organizations as well as state authorities after the forces used tear gas and rubber bullets to break up the rallies.

Following a demand by Democratic lawmakers, the US Justice Department said on Thursday it had launched a probe into the use of force by federal agents against protesters in Portland, where the city’s Mayor Ted Wheeler had also tear-gassed in another night of unrest.

The 57-year-old Wheeler, a Democrat, had censured the intervention as an abuse of federal power and said it helped ramp up the violence.

Trump had announced plans a day earlier to dispatch a “surge” of federal agents to US cities amid widening crackdown on anti-racism protests that erupted over the brutal murder of unarmed African American George Floyd in the police custody in May.

The president said on Wednesday that he was seeking to maintain“law and order” in the “Democrat-run cities,” including Chicago, which he singled out as being in the most critical need of additional resources.