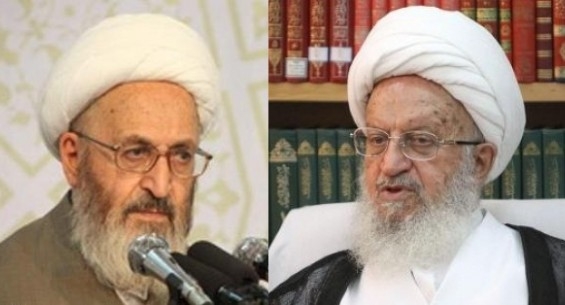 Ayatollah Naser Makarem Shirazi and Ayatollah Sobhani urged Muslims to take the cognizance of their duties toward the issue of Palestine and underscored the massage carried by day of Al-Qods is preserving unity and solidarity.
The religious clerics has called on all Muslim countries to throw their weight behind Palestinian resistance groups against Israel’s offensive on the Gaza Strip.
The massage slammed recent Israeli attack to Gaza, calling on Muslims to stand against onslaught happening in Gaza strip.
Israel began its airstrikes on the besieged enclave on July 8. Last Thursday, thousands of Israeli soldiers launched a ground invasion into the densely-populated strip as well. More than 3,000 Palestinians have also been injured in the Israeli military strikes.
Share to
Tags
Ayatollah ، Iran ، Gaza ، Qods Day
Your Comment