Tuesday, 28 July 2020_The European Union (EU) has decided to restrict the export of technology to Hong Kong that might be used for what the bloc calls surveillance and repression, sources say, after China introduced a uniform national security law in the semi-autonomous city. 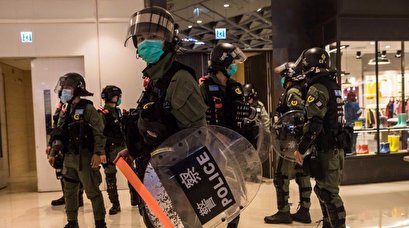 China enacted the national security law for Hong Kong earlier this month, criminalizing sedition, secession, and subversion against the mainland and allowing Chinese national security institutions to operate in the city for the first time since 1997, when Hong Kong returned from British to Chinese rule but attained semi-autonomy.

The legislation has been harshly criticized by Western countries, which allege that it harms the city’s semi-autonomous status. Beijing rejects the allegation.

On Tuesday, AFP quoted a number of unnamed diplomatic sources as saying that along with the restriction on the export of equipment that could be used for surveillance and repression, the EU would also bring in measures to support Hongkongers by facilitating travel to Europe for them through the granting of visas, scholarships, and academic exchanges.

The member states of the EU have struggled to agree on a united response to China, a hugely important trading partner to the bloc.

Earlier this month, France and Germany proposed the restriction on the export of so-called “dual use” technology at a meeting of EU foreign ministers. The proposal is expected to be formally approved later on Tuesday.

“It makes sense to treat Hong Kong no differently from mainland China” when it comes to the export of equipment that could be allegedly used for repression, German Foreign Minister Heiko Maas said after presenting the plan.

Share to
Related News
Hong Kong Police: Whoever breaks the law will be brought to justice
Tags
Sources ، law ، autonomous city
Your Comment