Sunday, 20 September 2020_Afghan government forces carried out twin airstrikes on a Taliban base in the northeastern province of Kunduz, killing dozens of militants, officials said. 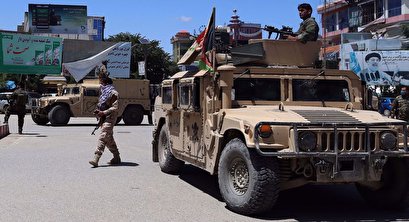 The offensive was launched after Taliban fighters attacked Afghan forces in Khan Abad district of Kunduz, the Ministry of Defense said in a statement on Saturday.

Defense officials in Kabul said more than 40 Taliban fighters were killed in the retaliatory airstrikes. Eight more militants were also wounded, they said.

In addition, four vehicles, eight motorbikes and a large weapons and munition depot were destroyed in the operation.

The attacks happened a week after long-awaited "peace talks" began between the Taliban and the Afghan government, led by President Ashraf Ghani.