Tehran, YJC. Israel's cruelty in running a bloodbath in Gaza is to mark a turning point for many political sidings throughout the world, analyst tells YJC. 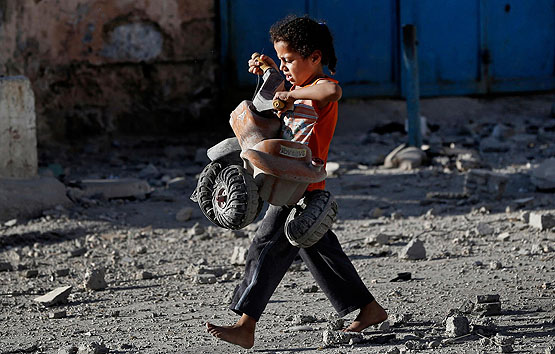 As the sounds of Israel's destructive war machinery and armored tanks receded in a cloud of dust following the mayhem and massacres committed by its troops during relentless bombings, Gaza faces a daunting task of rebuilding lives and institutions.
Operation Protective Edge, a deceptive military campaign to inflict pain and suffering on the Occupied Territory, was launched by Israel by leaning on an equally deceptive trigger: the murder of three Israeli settlers blamed on Hamas.
A ruse and a distraction of the real goals which appear to be varied yet converge neatly within Israel's regional strategy shared by Egypt and Saudi Arabia.
Analysts and Intelligence experts familiar with sociopolitical dynamics of Israel and its neighbourhood concur that Gaza has been bludgeoned for a variety of reasons.
One such expert is Andre Zaaiman who argues that the principal tactical goals are:
* The division of the Palestinians, geographically and organisationally to fragment and ultimately conquer the West Bank rendering the establishment of a viable Palestinian State impossible.
It is an old colonial tactic of divide and rule. The recent rapprochement between Hamas and Fatah was the real trigger and one of the principal reasons why Israel decided to go after Hamas now.
Zaaiman maintains that Israel is still pursuing the defeat of the Palestinian national movement, the reduction in numbers of the Palestinian population in the area as a whole, and the obliteration of any forms or traces of Palestinian history.
* The re-establishment of the regional status quo ante bellum - meaning as it was before the Arab Spring.
The axis of troika which exists between Israel, Egypt and Saudi Arabia seek a return to the regional situation where Islamic Movements such as Hamas and the Muslim Brotherhood are internationally isolated and turned into outlaws.
They cannot afford a situation of real majoritarian democracy based on free and fair elections in which all their citizens participate freely and equally.
Zaaiman states that in the case of Israel, until it has reduced the non-Jewish numbers through a process of social and geographical attrition to such an extent, that it would never pose a threat to the ethnic concept of a Jewish State.
In other words until the Palestinians are bludgeoned and weakened to the point where they accept this exclusivist, ethnic and Jewish character of Israel and permanently give up any historic claims to the land of their birth, there can simply be no peace, explains Zaaiman.
He further claims that a third component of the ruse by Israel and shared by Saudi Arabia is the targeting of Iran as a grave "threat" - in much the same vein as Saddam Hussein's Iraq was portrayed until it was militarily attacked and invaded by the US.
While Iran has successfully   navigated around the web of deceit spun by Israel and gradually convinced Europe and the US of its inalienable right as a sovereign state to pursue peaceful nuclear energy, the Netanyahu regime vehemently opposed it.
Zaaiman correctly states that Israel suffers from the cancer that all projects based on dispossession and violent occupation suffer from and finally succumb to moral degeneration from within.
The stark failure of Operation Protective Edge to attain any of its political or military goals is an opportunity for key international actors to reposition their strategy.
Whether its a collective such as the Non Aligned Movement (NAM), the African Union (AU) or individual countries like South Africa, Israel's belligerence and hostile defiance of International Law provides fresh opportunities for calibration and configuration of power balances.
The massive mobilisation of global outrage against Israel's barbarism and bloodbath in Gaza points the direction the world needs to go. Anti Israeli sentiments the world over are beginning to shape an international movement to isolate and punish the zionist regime.
Modelled on the legendary anti-Apartheid movement, BDS or Boycott, Divestment and Sanctions has been given a major boost by heart wrenching images of the bloody carnage in Gaza.
So as BDS intensifies, countries in Europe, Asia and Africa are under tremendous pressure by their populations to fall in line. Whether they do so is entirely speculative, though in the case of South Africa, the government of President Zuma refuses to respond to demands seeking an unconditional suspension of ties with Israel.
Again as Zaaiman surmises, Israel suffered a very serious intelligence failure to detect a sophisticated network of underground bunkers despite possessing sophisticated surveillance technology.
The question confronting key actors and power brokers is whether Gaza's demand for the lifting of the seige and the Occupation is not an essential part of basic humanity requiring courage and a steadfast determination to reconstruct the world.
Iqbal Jassat
Executive Member of Media Review Network
Johannesburg
Share to
Tags
gaza ، israel ، global ، positioning ، iqbal ، jassat ، exclusive
Your Comment