Saturday, 03 October 2020_Hundreds of Sudanese forces have reportedly entered Saudi Arabia en route to Yemen contrary to an earlier announcement by the North African country about a drawdown of its personnel in the bloody Saudi war on the poorest Arabian Peninsula nation. 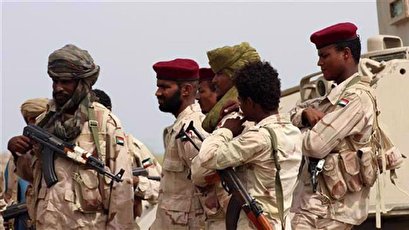 Citing private Saudi sources, the Middle East Eye news portal (MEE) reported on Friday that 1,018 Sudanese army officers and soldiers arrived in Saudi Arabia by boat on September 22 after passing through passport control in the southwestern city of Jizan.

Two Sudanese planes also carried Sudanese military personnel from Khartoum to Saudi Arabia's Najran airport the day before, according to one of the sources, who was speaking on condition of anonymity.

The first plane held 123 passengers and the second 128, the source said, adding that both planes later departed for Khartoum.

"The planes brought Sudanese officers and soldiers to take part in Operation Restoring Hope," the source said, using the name that Saudi Arabia gave to its devastating military aggression against Yemen.

The fresh deployment came despite an announcement by the Sudanese military in January that it was winding down its presence in Yemen from around 5,000 mercenaries to a “minor” group of some 650.

Brigadier General Jamal Adam, a spokesman for the Rapid Support Forces (RSF) paramilitary, told Turkey’s Anadolu news agency that the Sudanese forces present in Yemen “were operating within two sections, the [United Arab] Emirates sector inside Aden, and the Saudi sector that extends on the Saudi-Yemeni border.”