Russia's ambassador in London summoned to the Foreign Office

LONDON, August 16 (Itar-Tass) - Russia's ambassador in Britain Alexander Yakovenko was summoned to the Foreign Office on Friday for a meeting with Acting Permanent Under-Secretary Matthew Rycroft, the Russian embassy has told ITAR-TASS.
"Ukraine-related issues were the focus of attention," the embassy said. "The British side quoted publications in local mass media to express concern and ask for explanations over allegations a convoy of Russian armour had crossed the Ukrainian border." 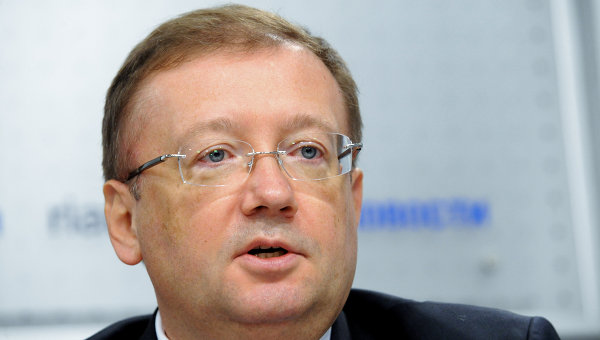 Alexander Yakovenko
According to the embassy's statement Yakovenko said that "such publications, just as much of what was written about the situation in Ukraine in the British media lately disagree with the realities" and "there are corresponding statements on that score by Russian agencies concerned."
The Russian ambassador pointed out that such media publications were usually timed for major political events in the European Union where Ukraine was on the agenda, the embassy said in the statement.
Yakovenko asked for Britain's evaluations of progress in the investigation of the Malaysian airliner crash and also London's attitude to the detention of Russian photographer Andrey Stenin by Ukrainian
special services.
"Yakovenko called upon the British side to use its influence on Kiev to secure Stenin's release," Russian diplomats said.
In the context of the humanitarian crisis in Ukraine the Russian ambassador in Britain expressed regret over the fact the Western countries were keeping quiet about Kiev's large-scale military operation in the east of Ukraine that was causing civilian casualties.
Yakovenko drew attention to the Russian humanitarian mission and once again emphasized the need for prompt settlement in Ukraine, the embassy said.
Share to
Tags
Russia ، Britain ، Ukraine ، Yakovenko
Your Comment