German FM says some progress made in difficult Ukraine talks

BERLIN, Aug, 18 (Xinhua) -- German Foreign Minister Frank-Walter Steinmeier said early Monday that some progress was made in the "difficult" quadrilateral talks here on the Ukraine crisis. 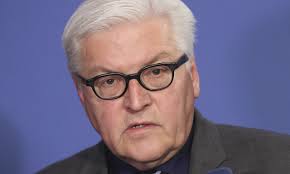 The meeting of French, German, Russian and Ukrainian foreign ministers was "difficult," but necessary in a difficult time and in view of the violent clashes in eastern Ukraine, said Steinmeier.
He added that the foreign ministers would now report back to their governments and decide on further moves.
The meeting addressed such topics as the humanitarian situation in Ukraine, foreign aid for Ukraine, possible ways to re-start the political process and realize a ceasefire in Ukraine, and measures to improve control at the Ukrainian-Russian border, according to the German top diplomat.
Steinmeier said ahead of the meeting that the current situation in Ukraine remained difficult and a political solution to the standoff in eastern Ukraine remained far off.
He also warned that direct military clashes between Russia and Ukraine in the eastern Ukrainian regions should be avoided.
In an interview with German public radio station Deutschlandfunk on Sunday, Ukrainian Foreign Minister Pavlo Klimkin stressed that Ukraine does not refuse to take the Russian aid.
"We need all the humanitarian assistance that corresponds to Ukrainian legislation," said Klimkin, adding that Russia should hand over the control over its aid convoy completely to the International Committee of the Red Cross at the Ukrainian-Russian border.
Share to
Tags
German ، Ukraine ، Steinmeier
Your Comment