Nov. 24 Iran, 5+1 to heave reached deal if Western side does not kill time :diplomat

Tehran, YJC. Iranian nuclear negotiator says Iran is not going to resign to a nuclear deal at any price. 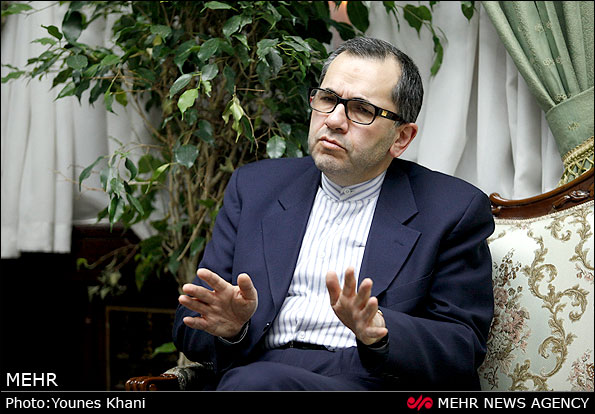 Iran’s Deputy Foreign Minister in Europe and Americas Affairs Majid Takht Ravanchi speaking in a meeting on the 11th administration’s nuclear policy on Monday said "We will surely enter the negotiations with goodwill and we will continue to job. We are interested in the project to reach an outcome because we believe it has been dragged here in wrong and if there were not excessive demands from the other side it would have been resolved in 2005.”

He added "If now they are interested in resolving the problem and if there is goodwill, there is readiness on our side. Of course we move within the red lines.”

"If there is goodwill we will reach an outcome by Azar 3 [November 24],” he stated, adding, "We have made our effort. Our job is clear before our people and on the international level. But we are not going to make deal at any cost. There is limit to our flexibility and we will negotiate within a framework.”

Ravanchi stated that the project to turn Iran into a security subject has failed. "We think that if the other party does not kill time and does not introduce other subjects into the talks we will gain a result,” he maintained.