Monday, 19 October 2020_A British woman says she has been the victim of sexual assault by the tolerance minister of the United Arab Emirates (UAE) while working with him on the launch of the Hay Festival Abu Dhabi. 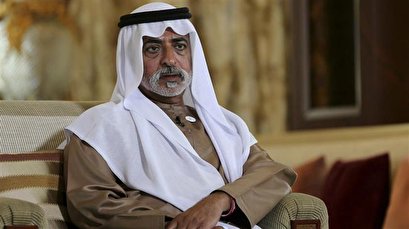 Caitlin McNamara, 32, shown below, says 69-year-old Sheikh Nahyan bin Mubarak Al Nahyan attacked her on the Valentine’s Day this year at a remote private island villa, according to The Sunday Times.

McNamara said she thought she had been summoned to discuss preparations for the inaugural of the prestigious literary festival.

Writers from all over the world were flying into Abu Dhabi for the festival, which was starting in just 11 days, including the Booker Prize-winning Bernardine Evaristo, the Nobel laureates Wole Soyinka and Jung Chang, and the author of Chinese blockbuster Wild Swans.

At the time of the alleged assault, McNamara had spent almost six months working at the tolerance ministry, having been hired by the festival to organize its first collaboration with the UAE.

While being driven to meet the senior Emirati royal, McNamara informed the head of the festival, Peter Florence, saying she felt as though she had been “called to the headmaster's office for disrupting class.”

She also joked to Florence that he should "send help" if she does not return, but also turned on her Whatsapp tracker to enable others to see her location.

McNamara's fears grew when her driver began heading away from the royal palace and towards the outskirts of Abu Dhabi. The driver purportedly did not tell McNamara where they were heading.

At his house, the British woman says Sheikh Nahyan served wine, which surprised her because it is prohibited in the Muslim country, and gifted her a £3,500 ($4,520) watch with gold and diamonds.