Everything starts from the marriage proposal ceremony, and leads to engagement, meeting to discuss marriage details, pre-nuptial celebration and finally the wedding. 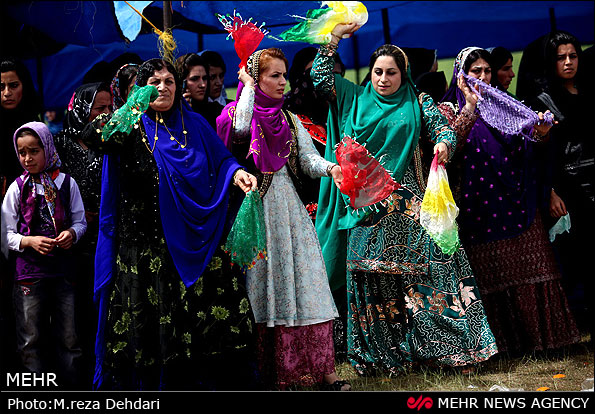 In the western Kurdestan province, the positive response of the girl and her family is not enough. They should also convince her uncle.

If they don’t agree with the conditions, they write their own conditions and send it to the girl’s house to reach understanding and agreement. 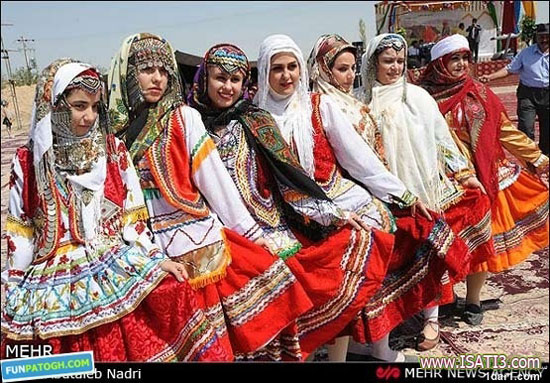 Then, a ceremony is held to publicly announce the two families’ intention to undertake marriage. Both families, along with their senior relatives, then get-together at the bride’s home to discuss dowry and marriage expenses and specify the time for reciting the marriage vows and hold the wedding.
The dowry pertains to gold coins, cash, cattle or property the groom agrees to pay the bride whenever she demands them.

The priest use to go to the girl’s home to officiate and recite the marriage vows until a few years ago. The guests used to give presents and money to help bride and groom purchase appliances or meet the wedding cost.

At this juncture, the bride does not give her consent, unless the groom’s family gives her a present, such as gold coin or a piece of jewelry.

In this ceremony, bride and groom sit in front of a spread on which the Holy Qur’an, water, honey, nuts, painted eggs and mirror are placed.

Invitations are extended by distributing cards or telephoning relatives and friends of bride and groom. He took sugar cone or red apple with himself.

When a relative of the bride or groom were to pass away and 40 days had elapsed, the opposite side would go to the bereaved family with henna and a sugar cone to ask permission for holding the wedding.

The pre-nuptial ceremony is held the night before wedding. The groom’s family takes the shopping items and henna paste on trays to the bride’s house.

During the ceremony, the henna paste is applied on the palms of the groom and bride to bring them good luck and happiness.

In some regions, the bride is taken three times around the oven when she departs her father’s house. Her brother would wrap a green or red shawl around her. They also gave her some sugar-cubes, bread and cheese for blessing.

When the bride enters the groom’s house, they welcome her with the Holy Qur’an and the burning aroma of wild rue.

They sprinkle salt on the heads of bride and groom to protect them from evil eyes.