Thursday, 22 October 2020_Turkey says it will continue exploring for gas and oil in the eastern Mediterranean Sea, prolonging a dispute with Greece, which also lays claims to the waters. 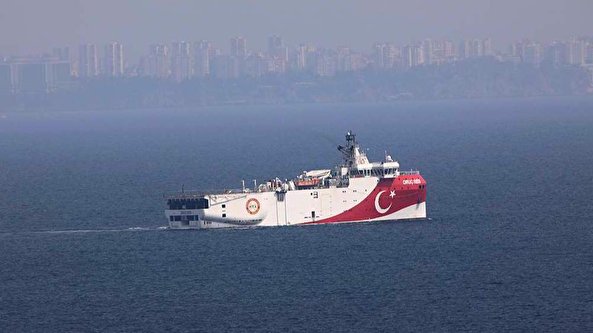 Turkey and Greece, both of them NATO members, have been at loggerheads over oil and gas exploration rights in the eastern Mediterranean.

In August, Turkey dispatched the Oruc Reis seismic research vessel and warships escorting it to prospect for energy resources in an area in the sea that is disputed with Greece, infuriating Athens and creating a weeks-long diplomatic crisis.

Turkey ended the mission of Oruc Reis and ordered it back to shore for maintenance in mid-September. Ankara said the move was also meant to give diplomacy a chance.

But no diplomatic breakthrough took place, and Turkey sent the ship back on October 14, reigniting the tensions.

It was scheduled to end its new mission on Thursday, but the Turkish navy said in a NAVTEX maritime announcement on Wednesday that Oruc Reis would remain in the area until October 27.

The European Union (EU), which fully backs Greece, has threatened Turkey with sanctions if Ankara continues with its exploration in the disputed waters.

Turkish President Recep Tayyip Erdogan has expressed dismay at the “unconstructive” threat, saying that the bloc has “succumbed to pressure and blackmail” from Greece.

Greece says Turkey is violating international law by prospecting for energy in “Greek waters,” including near the island of Kastellorizo.

Turkey, for its part, says that it is within its rights in the waters, insisting that the small island of Kastellorizo should not be reason for the imposition of Greek sovereignty on nearby waters.