Sunday, 1 November 2020 (YJC)_ Turkish search and rescue teams lifted a teenager out of the rubble of a devastated residence. 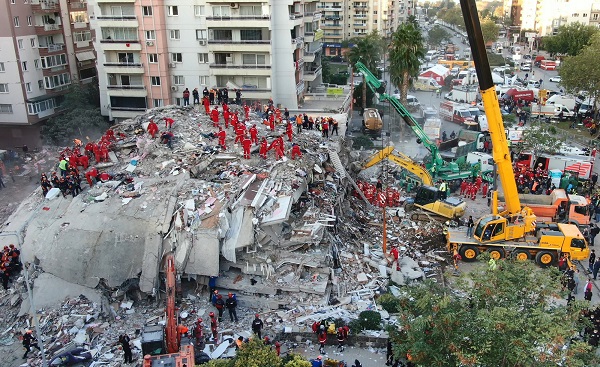 Turkish search and rescue teams lifted teenager Inci Okan out of the rubble of a devastated residence after a powerful earthquake in the Aegean Sea the previous day killed at least 30 people.

Video from the IHH Humanitarian Relief Foundation showed crews carrying Okan away on a stretcher after she had been released.

The Friday afternoon quake that struck Turkey's Aegean coast and north of the Greek island of Samos registered a magnitude that Turkish authorities put at 6.6 while other seismology institutes put it at 6.9.

Authorities warned residents in Izmir not to return to damaged buildings, saying they could collapse in strong aftershocks.

Many people spent the night out in the streets, too frightened to return to their homes, even if they sustained no damage.