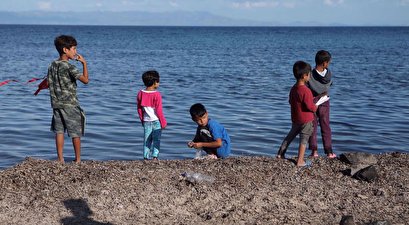 Europol said in a statement on Wednesday that during the raids — coordinated with Britain, Portugal, Spain, and nine other EU countries — at least 388 people were arrested and 249 potential victims were identified, of whom 61 were confirmed to be minors.

The operations, carried out in the first half of October, targeted organized groups that smuggled children across European borders for sexual or labor exploitation as well as begging.

Europol said the children were also forced to commit crimes such as smuggling drugs and illicit goods.

“These criminal organizations, connected through large clan networks, operate in several countries and move the children on a rotational basis,” Europol said, adding that victims included minors who were refugees from non-EU countries.

The agency said that the coronavirus pandemic had also benefited child pornographers, cybercriminals, and online scammers across the continent.

“Lockdowns in the early stages of the pandemic encouraged a spike in child sexual abuse, often through dark web forums where individuals gain entry by recording and posting their abuse of children, encouraging others to do the same,” it added.