Tehran, YJC. Entesar says Israel has sent a spy drone over Iran’s nuclear facilities in order to intercept the fulfillment of a comprehensive nuclear deal between Iran and the Western powers. 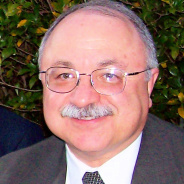 Dr. Nader Entessar who is a professor at the University of South Alabama in interview with Mehr News Agency stated that Israel’s act in sending a spy UAV over Iran’s nuclear facilities is an attempt to hinder Iran’s nuclear deal with Western powers.

"Since the start of the Iran-5+1 talks, Israel has been seeking to derail the talks from their correct path in order to kill the negotiations,” he said.

He asserted that the Israeli government is doing everything to stop a nuclear agreement.

He also maintained "I do not think that this might be an organized action between Tel Aviv and the P5+1. It is rather probably an action by the [Israeli] regime.”

Meanwhile he affirmed that such actions leave negative impacts on the negotiations’ progress.