Trump’s top adviser: there will be a peaceful transfer of power

Friday, 06 November 2020 (YJC)_ President Donald Trump’s top economic adviser, insisted that there will be a peaceful transfer of power. 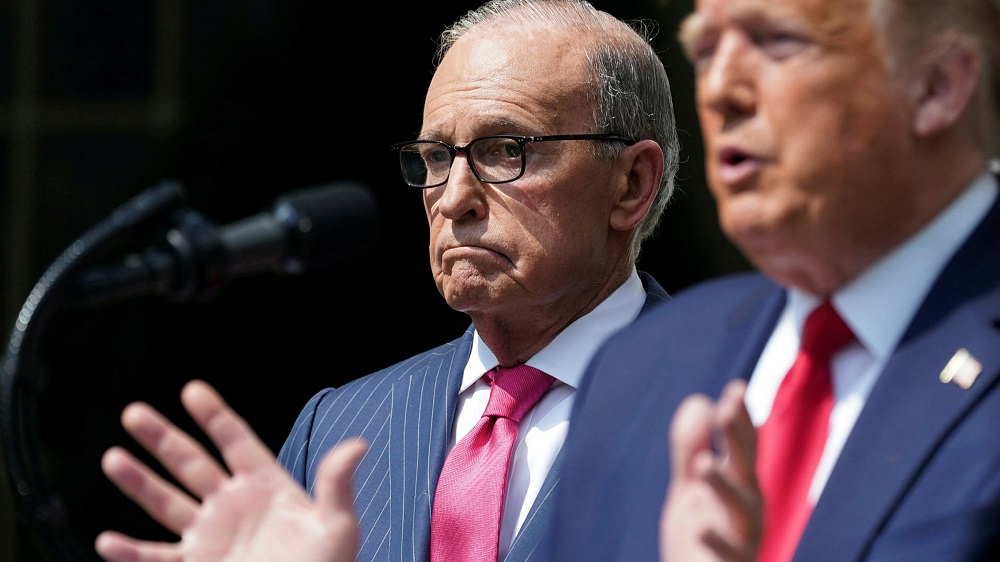 Larry Kudlow, President Donald Trump’s top economic adviser, insisted Friday that “there will be a peaceful transfer of power” if Democratic presidential nominee Joe Biden is declared the winner of the White House race.

“This is a great country. This is the greatest democracy in the world. And we abide by the rule of law, and so will this president,” Kudlow said in an interview on CNBC. “There are some things to clean up here, and again, it’s not my area of expertise. I’ll leave that discussion to the campaign.”

“We will continue peacefully, as we always do,” Kudlow said. “And I might add, anybody from around the world, offshore watching this, they should know that. That America is the greatest democracy, and we abide by the rule of law.”

Kudlow’s remarks Friday morning came shortly after Biden seized narrow leads in Georgia and Pennsylvania, pulling ahead in two battlegrounds that Trump won in 2016 and putting the former vice president on the precipice of winning the White House.

Kudlow reported that he “spoke a little bit” with Trump prior to his interview, and indicated the president would continue his legal challenges aimed at halting ballot-counting in several key states.