Biden campaign warned to escort Trump out of White House

Friday, 06 November 2020 (YJC)_ If he refuses to concede election, Biden campaign threatens to escort Trump out of White House. 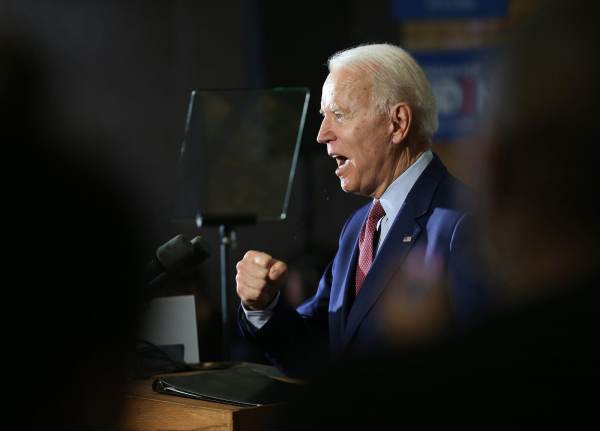 Joe Biden’s campaign has warned that Donald Trump could be escorted from the White House, amid reports he has no plans to concede.

In a statement, Biden campaign spokesperson Andrew Bates said: “As we said on July 19th, the American people will decide this election."

"And the United States government is perfectly capable of escorting trespassers out of the White House,” added Mr Bates, in apparent reference to the Republican president.

The remarks come in response to reports that Mr Trump has no plans to concede, should Mr Biden be confirmed as the president-elect on Friday.

Mr Trump, who is on course for defeat against his Democratic opponent,  Mr Biden, once all votes are counted and declared, was said to have told aides this week that he would not accept such a situation, reported CNN

Aides, including White House chief of staff Mark Meadows, have also reportedly refused to challenge the president on an election loss, which has become increasingly inevitable.

At present, the Trump campaign was said to be in doubt about a concession speech, with an expectation that the president’s son-in-law, Jared Kushner, or eldest daughter,  Ivanka Trump, could be forced to do so.

Fox News, meanwhile, was reported to have informed staff that Mr Biden should not be refereed to as “president elect” should he become so, in apparent concern at legal threats from the Trump campaign against election officials.