Monday, 09 November 2020_Coronavirus cases among the general population are rapidly increasing in the Gaza Strip as over two hundred infections are being discovered daily. 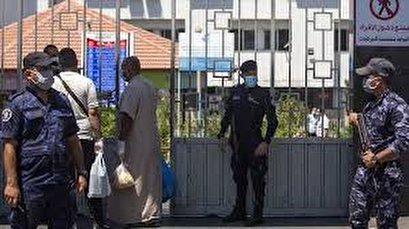 The first community spread of the deadly virus was detected in late August and over eight thousand cases have been discovered so far.

Health officials have sounded the alarm over the rising figures, in the densely populated enclave.

The coronavirus has complicated the already dire humanitarian situation in the blockaded Gaza Strip.

COVID-19 has threatened the socioeconomic welfare of nearly two million Palestinians living in Gaza as much as their health.

The Israeli blockade in place since 2007 has had a devastating impact on the well-being of people in the tiny coastal enclave.

Gaza’s health sector is suffering from acute shortage in medicines and hospital supplies.

The coronavirus is fast spreading in the Gaza Strip and people fear the worst because of the high population density.

As infections continue to rise, rights groups are calling for the complete lifting of the Israeli blockade to help fight the spread of the deadly coronavirus.