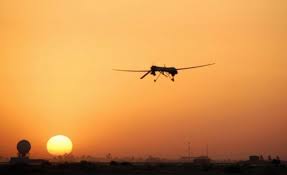 They said the administration has a need for reliable intelligence from Syria and called the surveillance flights an important avenue for obtaining data. Experts say this is a move that could pave the way for U.S. airstrikes against Islamic State (IS) militant targets.

The U.S. began launching strikes against the Islamic State inside Iraq earlier this month, with Obama citing the threat to American personnel in the country and a humanitarian crisis in the north as his rationale. Top Pentagon officials have said the only way the threat from the militants can be fully eliminated is to go after the group inside neighbouring Syria
as well, according to AP.

The White House would not comment on Obama's decision to authorise surveillance flights over Syria. "We're not going to comment on intelligence or operational issues, but as we've been saying, we'll use all the tools at our disposal," said Caitlin Hayden, spokeswoman for the White House National Security Council.

Colonel Edward W. Thomas, Jr., a spokesman for the chairman of the U.S. Joint Chiefs of Staff, said on Monday that the U.S. authorities were viewing a possibility of military operations against the Islamic State militants in Syria and Iraq. He said the U.S. side was "preparing options to address IS both in Iraq and Syria with a variety of military tools
including airstrikes."
Share to
Tags
Obama ، surveillance flights ، Syria ، Iraq
Your Comment