Oil prices up ahead of US stockpiles report

SINGAPORE, Aug 27, 2014 (AFP) - Oil prices rose in Asia Wednesday as dealers await the latest US stockpiles report for clues about demand in the world's top crude consumer, while buying was boosted by upbeat economic data out of Washington. 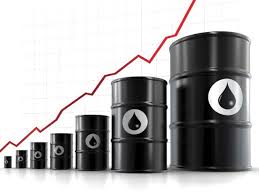 US benchmark West Texas Intermediate for October delivery was up three cents at $93.89 while Brent crude for October jumped 22 cents to $102.72 in afternoon trade.

The US Department of Energy will release the official petroleum stockpiles report for the week to August 22 later Wednesday.

Gasoline inventories are projected to have fallen by one million barrels and distillates, including heating oil and diesel, are estimated to have declined by 600,000 barrels. A decline in US stockpiles typically indicates strong demand in the world's biggest economy, supporting global prices.

Desmond Chua, market analyst at CMC Markets in Singapore, said investors have also been buoyed by "a string of strong economic data in the US".

The Conference Board said Tuesday that consumer confidence rose for a fourth straight month to its strongest level since February 2008. Also, durable goods orders surged in July to a new monthly record, according to the Commerce Department.

Investors are also tracking conflict zones around the world.

The US government said Tuesday that the United Arab Emirates and Egypt have carried out bombing raids against Islamist forces in crude producer Libya.

In Belarus, Ukrainian President Petro Poroshenko held talks with his Russian counterpart Vladimir Putin about heavy fighting in east Ukraine as the Kremlin admitted for the first time its troops had entered its neighbour's territory.

Ukraine is a key conduit for Russian gas exports to Europe.