Saturday, 21 November 2020_Multiple blasts have rocked the densely populated parts of Kabul and left a number of civilian casualties, with one hitting the Iranian Embassy in the Afghan capital. 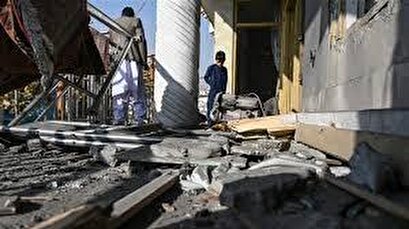 The Iranian Embassy announced on Twitter that its main building had been hit by rocket fragments after a missile landed on the premises.

No one on the compound, located just outside the Green Zone, sustained any injuries.

One of the rockets fired this morning, landed at our Embassy compound. Fortunately, there were no casualties and all Embassy's staff are in good health. #Afghanistan pic.twitter.com/V1knDZmIeG

The barrage of rockets on the Afghan capital, however, left at least eight people dead and more than 30 others injured, with the ministry blaming the Taliban for the deadly attack.

The militants fired 23 rockets on Kabul. "Based on the initial information, eight people were martyred, and 31 others were wounded," Interior Ministry spokesman Tariq Arian said.

The blasts followed two explosions, including one that hit a police car, killing one policeman and wounding three others.

In the past six months, the Taliban militant group has conducted 53 bomb attacks and 1,250 explosions that left 1,210 civilians dead and 2,500 wounded, according to the Afghan Interior Ministry.

Kabul was also the scene of two horrific assaults on educational institutions earlier in the month that killed nearly 50 people and injured dozens of others.