Sunday, 22 November 2020 (YJC) _ In interview with ‘The National’, US Secretary of State vows to maintain ‘maximum pressure’ on Iran. 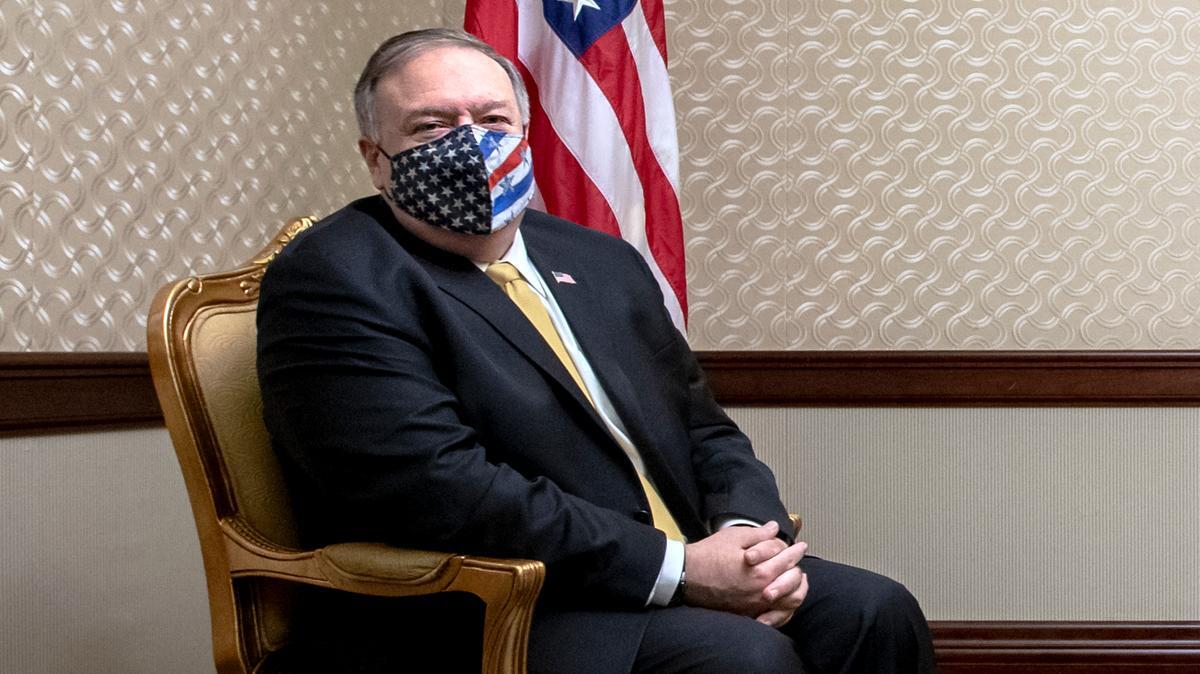 The United States intends to maintain a policy of “maximum pressure” to isolate Iran, while not ruling out a military strike if that is what is required “to keep Americans safe”.

That is the message US Secretary of State Mike Pompeo conveyed in an interview with The National, stressing that a “policy of appeasement” with Iran would be detrimental. He also stated that assessing US troop levels in the region is based on “the threats of today, not twenty years ago”.

The National spoke to Mr Pompeo in Abu Dhabi at the end of his seven-country, 10-day trip that focused on US policy priorities. Throughout the interview, he stressed the importance of a “realistic” approach to foreign policy.

He said US President Donald Trump’s national security and foreign policy strategy is “realistic, it recognises the facts on the ground, it doesn’t pretend… it acknowledges that if we get it right in America, if we protect American citizens, we can be a force for good all across the world”.

Mr Pompeo spoke about his and Mr Trump’s commitment to delivering results based on “America first”, saying “it takes an America that's prepared to engage economically, diplomatically, and only militarily once absolutely necessary”.

When it comes to the Middle East, Mr Pompeo said that strategy “recognises a couple of central facts, first that the primary instigator of instability in the region is in fact the regime of the Islamic Republic of Iran and second that Israel could be a great partner for the Gulf states”.

It is based on these two organising principles that the Trump administration has been working with its allies in the region.

On Israel and despite UN Security Council resolutions, Mr Pompeo said his country acknowledged realities on the ground “and we said not every settlement is per se illegal. These are just facts; the world knows this”.

He added: “When you see a policy and American policy that recognises the threat as from Iran, when you recognise that Israel's effective democracy that is a force for good in the region, you see, countries recognise this through the Abraham Accords mechanism and say: ‘We want to be at peace with Israel.’

On Iran, Mr Pompeo stressed that the US has built “an enormous coalition that understood the threat from Iran and its leadership… we have also ensured that we establish real deterrence. We struck down [leader of Iran’s Islamic Revolutionary Guard Corps Quds Force leader] Qassem Suleimani. We built out an effort to defeat the [so-called] caliphate which was sitting in ISIS which gave space to the Iranians inside of Syria.

"We've tried our best to deliver good outcomes for the Iraqi people. So in each nation, we had a set of policies that further continued to recognise that the isolation of Iran was the right approach."

He explained that through the “maximum pressure campaign we have denied the regime the billions of dollars that the previous administration had provided to them, the very money that has American blood on its hands”.

Share to
Related News
Iran has a Unique Geopolitical position in the world
US sanctions on Iran achieved less than nothing
Jahangiri: Era of US’s Trump Ended with the resistance against maximum pressure
Tags
Mike Pompeo ، secretary of state ، US ، maximum pressure
Your Comment