US sanctions on Iran achieved less than nothing

Saturday, 14 November 2020_Various round of harsh US economic sanctions against Iran have “achieved less than nothing,” according to an international lawyer and political analyst. 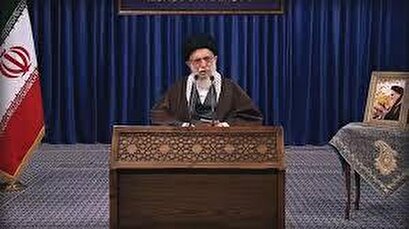 Barry Grossman, who is based on the Indonesian island of Bali, made the remarks in an interview with Press TV on Friday, after Iranian President Hassan Rouhani said the time for Washington’s policy of exerting “maximum pressure” on other countries, including the Islamic Republic, is over.

Rouhani said this on Thursday while addressing the inauguration ceremony of a series of national projects in the fields of education and health through video conference.

Referring to US President Donald Trump’s policy of mounting “maximum pressure” on Iran to force the country to submit to Washington’s demands, Rouhani said, “All signs and indications in the current world, from America to Europe, show that the world has understood that the [policy of exerting] maximum pressure is not effective and its time is over.”

“I'd go further than saying it's been futile. I would go so far as t say that it's been entirely counter productive," Grossman said.

“One of the problems with all of this -- has always been, of course -- that the US has been less than transparent and clear about what it's after,” he said.

“For example, in the case of Iran, it makes all these noises about working to ‘liberate’ the people of Iran and in fact institute what's come to be known as regime change while at the same time consistently denying that they're out to agitate for regime change. What is clear is that not only has it not worked and been counterproductive, I would say the weight of popular opinion everywhere, including the United States, is against this strategy,” he said.

“And in fact, I think people are tired of seeing the United States use these tactics of threats and blackmail and extortion and military intervention in order to push agendas which it's not transparent about, which are contrary to international law and convention, and which basically put tens of millions if not hundreds of millions of people at a disadvantage, and at risk for their health, and for all manner of other things,” he noted.

“So it certainly is time to stop but it hasn't worked at all. And if the United States expects to be taken seriously when it complains about countries supposedly violating US national sovereignty, as, for example, Mr. Joe Biden did recently in the presidential debate, well, then surely it has to start respecting the sovereignty of other nations and if nothing else this policy of maximum pressure using unilateral sanctions, which in turn are forced coercively not only on the target country but on all countries around the world, including the US allies with threats of consequences, it detracts from all of that and is clearly a violation of the national sovereignty of all those countries, not just the targeted country,” the analyst explained.

“So it's high time to stop this and I would agree wholeheartedly with what President Rouhani so eloquently and economically said,” he concluded.