Monday, 23 November 2020 (YJC) _ Gavin Newsom and his family go into two-week quarantine after three of his children were exposed to an infected person. 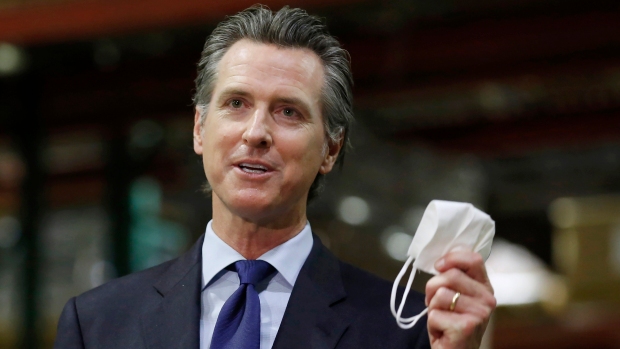 California governor Gavin Newsom has said his family will go in to 14-day coronavirus isolation after his children were exposed to the virus.

Newsom made the announcement via Twitter on Sunday night, saying that the family had tested negative but would isolate to comply with local guidance.

It comes after three of his children were exposed to a highway patrol officer who provides security for the family and later tested positive, he said.

The family is quarantining at their home in Sacramento County, spokesman Jesse Melgar said. They will be tested regularly.

One of Newsom's children was already in quarantine after coming into contact with an infected person, thought to be a pupil at the private school they attend.

The child - who the couple did not identify - had been isolating 'since the date of exposure', a family spokesman said, without revealing the exact date.

News that the family is isolating comes after Newsom sparked outrage by attending a birthday party at a Michelin-starred Napa Valley restaurant.

The governor dined with 11 other people during the event on November 6, an event that was held partially indoors.

At the same time, state-wide guidance advised people not to meet with more than two other households and not to socialize indoors.