Wednesday, 25 November 2020 _Well, I think it takes the mask off of Saudi Arabia because they've been sort of working behind the scenes for years with the Israeli regime against popular movements throughout the Arab world. 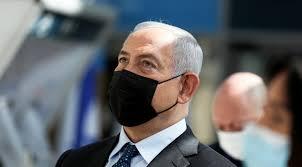 The Saudis and the other feudal dictatorships are all afraid of their own populations. And they work with the Americans, so they trade oil for some protection. Even Donald Trump said that without American protection the Saudi regime wouldn't last a day. So I think he's correct.

The people of Arabia and the UAE and Bahrain do not support the recognition of Israel because they still support human rights for the Palestinians. And I think Qatar and Kuwait who have criticized that as have other Arab leaders and all the other political movements that are based within their nations and are supported by the populations have criticized this, but the Saudis are dependent upon American power to sustain them.

And of course, they sell up their resources and get a fair bit in return, but they act as an agent for the Americans to attack popular movements in the area. There are secret negotiations going on between Israel and Saudi Arabia for years.

Again, because the Israelis and the Saudis have I guess a similar agenda to control popular movements and not to engage appropriately on the Palestinian issue. So, Netanyahu wants to know if we can get these weak corrupt feudal regimes to support him. It gives the appearance of support but it's really imaginary because these governments are weak, and this support is not widespread for recognition of Israel without some sort of recognition of human rights for the Palestinians and at the minimum that requires a stable state for the Palestinians.