The US is plundering the Syrian nation’s wealth and oil resources while supporting terrorist groups in the Arab country, a senior Iranian diplomat told the UN Security Council, calling for the immediate and unconditional withdrawal of American troops from Syria. 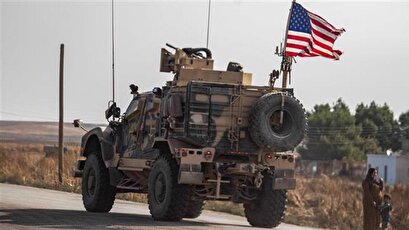 Majid Takht-Ravanchi, Iran’s permanent ambassador to the United Nations, told a Security Council meeting on Syria that the full, immediate and unconditional withdrawal of the US forces from Syria is essential.

Instead of combatting terrorism, he said, American forces "continue supporting UN-designated terrorist groups such as al-Nusrah Front (Hay'at Tahrir al-Sham) as well as looting the oil and wealth of the Syrian people."

"All foreign forces whose presence is not permitted by the Syrian government must leave Syria,” Takht-Ravanchi told the meeting.

The US, in collusion with the so-called Syrian Democratic Forces (SDF), a US-backed alliance of Kurdish militants operating against Damascus, controls most of the oil fields in Syria’s oil-rich eastern regions.

Over the past months, thousands of trucks carrying weapons and military and logistical equipment have entered the region.

The Pentagon alleges that the move aims to “protect” the fields and facilities from possible attacks by Daesh terrorist group, but President Donald Trump has said Washington sought economic interests in controlling the oil fields.

The presence of US forces in eastern Syria has particularly irked civilians, and local residents have on several occasions stopped American military convoys entering the region.

Since October 2019, the United States has been redeploying troops to the oil fields controlled by Kurdish forces in eastern Syria, in a reversal of Trump’s earlier order to withdraw all troops from the Arab country.