As the world marks the International Day for the Elimination of Violence Against Women, Female Palestinian prisoners are regularly subjected to cruel, inhumane and/or degrading treatment. 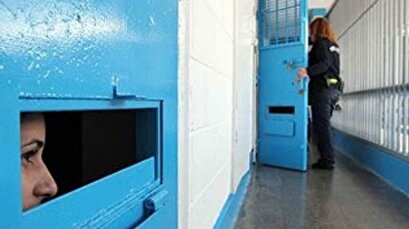 The newly released former detainee, Suzan Al-Awawi, has described the conditions of the Palestinian female prisoners as “tragic”, in large part because the occupation literally bullies them in jail.

Suzan tells us that the conditions of detention are very harsh, especially in the winter, in terms of the lack of bed covers and winter clothes; the poor quality and quantity of food, the prison floors and building itself. She also noted a lack of privacy for showering and little electricity, as well as the absence of a kitchen or library.

She explained that books that are intended to be sent in to prisoners are often blocked from entering the prisoners, with the number of books that are rejected from being far greater than greater than the number received by prisoners. On top of this, clothes sent by the families of the captives are often prohibited from entering the prisons, with batches coming only every three months.

Al-Awawi claimed that intimidation techniques are also used by the prison administration toward the female prisoners. It is known that if female prisoners are to react to the management practices of the prison guards, they are small in numbers and are easier to suppress than males. There is also immediate same-day extreme repression carried out, by the guards, to any female prison protest.