Friday, 27 November 2020 (YJC) _ The United Nations (UN) refugee agency has called on the warring sides in Ethiopia's Tigray to allow humanitarian access into the region, warning that the nearly 100,000 Eritrean refugees living in camps there could run out of food next week. 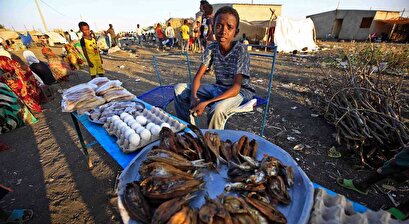 During a briefing in the Swiss city of Geneva on Friday, United Nations High Commissioner for Refugees (UNHCR) spokesman Babar Baloch said the refugees "would be running out of food as of Monday — we are ready with our supplies trying to reach these populations."

"What is needed is unhindered humanitarian access to reach them as soon as possible," he added.

Baloch said the estimate was based on calculations since the last distribution some weeks ago.

He declined to specify who was blocking access to the nearly 96,000 Eritrean refugees, who the UNHCR says are living in four camps in the northernmost region of Tigray.

Many of the refugees from Eritrea arrived in Ethiopia more than a decade ago amid tensions then ongoing between the two countries.