Sunday, 29 November 2020_The US Defense Department Inspector General's annual list of challenges for the military in the next year has highlighted the troop withdrawal from Afghanistan, terrorism as well as the long-term threat to military installations and operations due to climate change. 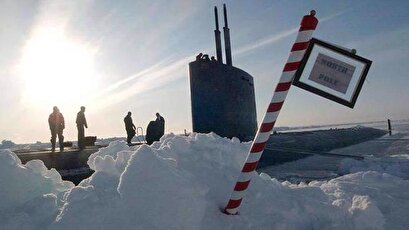 Pointing to the potential problems of Trump administration’s push to withdraw US troops from Afghanistan, the 101-page IG report expresses concern that the move would lead to the resurgence of terrorist groups in the country despite the persisting rise of terror attacks across the country ever since it was subjected to a US-led military invasion in 2001.

"In Afghanistan, two decades of US military operations have weakened al‑Qaeda and ISIS affiliates operating in the country, but there remains a potential for their resurgence following the planned withdrawal of US troops," the report claims. "Meanwhile, violent extremist organizations continue to expand their influence in Africa and Asia."

"Maintaining the US military's advantage while balancing great power competition and countering global terrorism requires the DoD to focus on enhancing interagency collaboration and rebuilding military capabilities that may have atrophied the past 20 years," the IG report states.

"The challenge for the DoD is to rebuild capabilities to effectively compete with near‑peer rivals and other adversaries, while continuing to combat terrorists and insurgents," it further claimed, voicing concerns that the ongoing terrorist threat would be downplayed if DoD commits most of its attention on containing China and Russia.

"As the DoD shifts its attention and resources to great power competition, it will need to retain the agility and capability to combat persistent and evolving threats from violent extremist organizations," the document states, claiming that Daesh (ISIL) terrorists – which the US has protected against efforts by Iraqi and Syrian security forces to reign them in – are regrouping following the 2019 death of their leader Abu Bakr al‑Baghdadi.