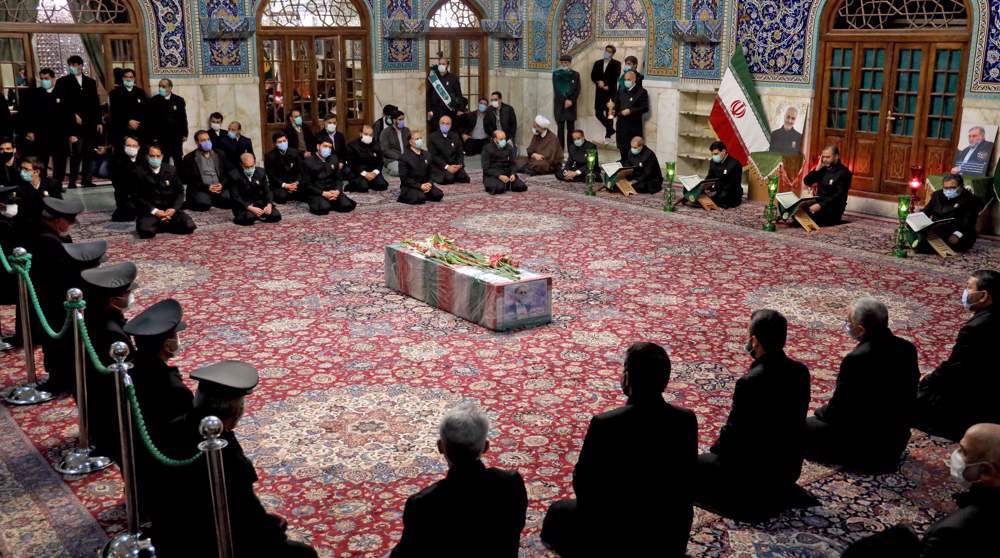 In a Monday statement, the Bahraini Foreign Ministry condemned the assassination and “stressed the need for concerted efforts to reduce tension, prevent escalation in the region and ensure stability and security.”

“In light of the current situation in the region, the Kingdom of Bahrain calls on all parties to exercise maximum restraint to avoid new levels of instability in the region that threaten peace,” the Bahraini Foreign Ministry added.

Separately, the French Foreign Ministry also expressed concerns over the assassination of Fakhrizadeh.

"We learned with concern about the attack that killed Mr. Fakhrizadeh. We are closely following the consequences [of the attack] in Iran and in the region in the context of regional tensions," a spokesperson for the ministry told reporters on Monday.

The spokesman also noted that Paris calls for restraint so as to avoid any further escalation of tensions.

Fakhrizadeh, the head of the Iranian Defense Ministry’s Organization of Defensive Innovation and Research, was targeted in a multi-pronged terrorist attack by a number of assailants in Absard city of Tehran Province’s Damavand County on Friday.

Iranian government officials and military commanders have hinted that the Israeli regime could have been behind the terror attack, vowing harsh revenge against all the criminals involved.