Wednesday, 02 December 2020_Bahrain’s most prominent Shia cleric Ayatollah Sheikh Isa Qassim has slammed Manama’s “shameful” normalization with Israel, saying the humiliation of the regimes compromising with the occupying regime was exposed shortly after they signed the peace deals. 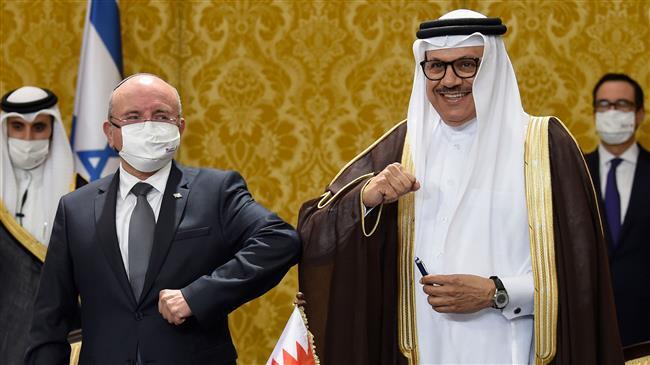 “It was clear from the beginning that normalization with the Zionist enemy would have dangerous and unfortunate results. The adverse outcomes started to come to light soon after and in quick succession,” Sheikh Qassim said in a statement carried by Arabic-language Bahrain Mirror news website.

The top cleric then roundly denounced the Manama regime’s signing of a normalization deal with Israel as “shameful,” saying the move “was intended to kill the spirit of pride and independence in our nation, and to surrender to the leadership of an entity that is the bitter enemy of the [Bahraini] nation and humanity.”

“The race has now become very frantic between old and new compromisers. It has turned into a scene for demonstration of greater fidelity to slavery,” something which both US President Donald Trump and Israeli Prime Minister Benjamin Netanyahu aspire, Sheikh Qassim said.

The spiritual leader of Bahrain’s dissolved opposition bloc, the al-Wefaq National Islamic Society, said the regimes compromising with the Tel Aviv regime have disowned their own nations and believe that their destiny hinges upon satisfaction of US and Israeli desires.

Under US-brokered deals, Bahrain and the United Arab Emirates (UAE) agreed to normalize relations with Israel after signing controversial agreements on September 15 at the White House.

Sudan has also agreed to establish formal ties with Israel with US mediation.

Sudan’s acting Foreign Minister Omar Gamareldin, has, however, said the accord will depend on approval from its yet-to-be formed legislative council. It is unclear when the assembly will be formed under a power-sharing deal between the country’s military officers and civilians.

Share to
Related News
Netanyahu: ‘business as usual with Iran’ will be mistake
Israel normalizes ties with Bhutan
US close to selling Morocco MQ-9 drones after normalization deal with Israel
Tags
deals ، Israel ، compromisers
Your Comment