Wednesday, 02 December 2020_The administrative government of Iranian President Hassan Rouhani has presented a draft budget bill to the parliament amid efforts to decrease the country’s reliance on oil despite forecasts suggesting that Iran would earn more from crude sales in the next fiscal year beginning March 21. 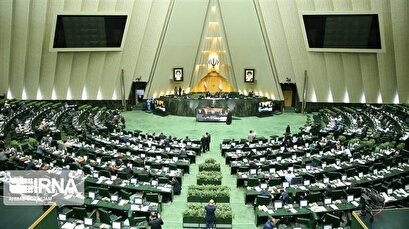 Rouhani’s deputy for parliamentary affairs Hosseiali Amiri submitted documents outlining the details of the draft budget bill for the Persian calendar year 1400 to the parliament on Wednesday.

The bill outlines over 24,000 trillion rials (nearly $95 billion) in revenues and expenditures for the government and 382 state-run companies, including nine banks and several major oil and energy companies directly run by the government.

The administrative government’s exclusive budget for the next fiscal year was estimated at more than 8,410 trillion rials (nearly $33 billion), an increase of 75 percent in rial terms compared to the last year budget.

Rouhani said during a Wednesday Cabinet meeting that the budget bill would led to a further reduction in reliance on direct oil revenues, especially for government’s day-to-day expenditures.