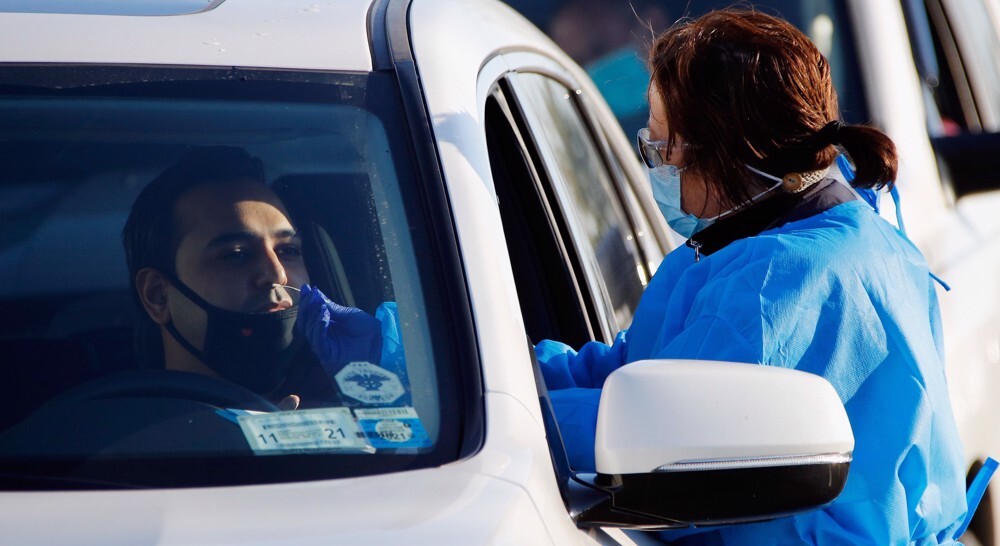 The latest round of California restrictions, going beyond any now in place across the United States, will be triggered on a region-by-region basis when available ICU-bed space falls to 15% of capacity or less in any of five designated geographic areas of the state.

California Governor Gavin Newsom said four of the regions, including Southern California, the most populous, were on track to reach the 15% threshold this week, with the San Francisco Bay area expected to follow by mid- to late December.

The stay-at-home restrictions will begin with 48 hours' notice and remain in effect for at least three weeks once they are imposed. California is the most-populous US state, with almost 40 million residents.

Under the plan, residents are required to remain at home and avoid travel except as necessary for permitted activities, such as grocery shopping, medical appointments, dog walks and individual outdoor exercise.

The order, when activated, also places new restrictions on a host of commercial activities.

Newsom stressed that the measures, while stringent, would be temporary, as vaccines from several pharmaceutical companies were nearing US regulatory approval for distribution. Plans call for healthcare workers and nursing home residents to be first in line for initial doses of the vaccine, which health officials say could arrive as early as the middle of this month.

State and local authorities across the country have acted in recent weeks to impose a wide range of limitations on social and economic life in hopes of blunting an alarming resurgence of coronavirus infections after a late-summer lull.

The public health crisis has taken on more dire dimensions following a week of Thanksgiving holiday celebrations in which millions of Americans disregarded warnings against traveling and large gatherings, setting the stage for an even greater COVID-19 surge threatening to kill 3,000 people a day over the next two months.